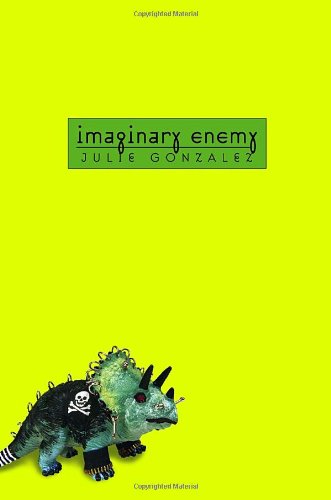 Gonzalez's ( ) ne'er-do-well heroine, Jane, isn't as plain or boringly normal as she perceives herself to be. On the contrary, her quick wit and quirky personality win over readers almost immediately. As this entrancing novel follows her from elementary school into high school, Jane slowly but surely transforms from an apathetic slacker into an artistic free-thinker with a style all her own. If some of her growing pains seem familiar—her not-so-secret unrequited crush on a middle school heart-throb; being dumped by her high school boyfriend for a blonde über-sophisticate—Gonzalez has a gift for infusing them with clever details. That Jane pens short missives to her imaginary enemy, Bubba (short for Beelzebub), about what's wrong in her life is funny; that “Bubba” actually writes back, in hopes of meeting face to face, is even funnier, especially with the revelation of Bubba's true identity. Gonzalez brings the same wit to Jane's competitive yet affectionate relationships with her siblings and her eccentric neighbors, and to her burgeoning romance with the shy but steadfast boy next door. Readers will get a genuine kick out of Jane's fumblings and successes, both imaginary and real. Ages 12-up.