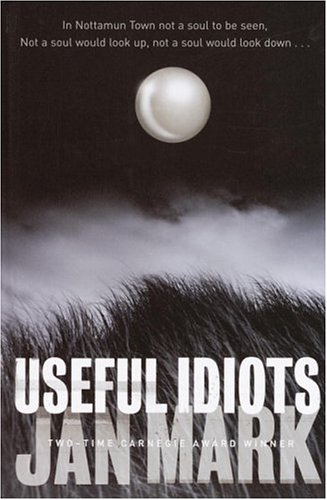 "History drowned and we pulled up the ladder behind us," mourns an archeologist in Mark's ( ) cerebral, complex political tale of a future society that works to forget its past. In the 23rd-century in the Rhine Delta Islands (once the U.K.), society has begun anew after flood and virus have washed away both the biological and cultural records of the English. But those English, now called "Inglish," remain, and cling to their customs and their names in the face of the rest of the citizens—who avoid them and derisively calls them Aborigines (or "Oysters," but not to their faces). As the story opens, archaeologists Turcat and his assistant, Merrick, race to discover the secrets of a skeleton they have unearthed on the beach. But the remains were uncovered on disputed land, which the Aborigines claim is theirs, and the carcass becomes a focal point for fears on both sides ("Death to all racist nationalist bastard archaeologists" reads one protestor's sign). The author soon unravels an imaginative series of twists: the skeleton reveals foul play as a cause of death, Merrick gets drawn into the Aboriginal culture and, in keeping with the legend that the Inglish can literally grow pearls inside their bodies (hence the Oyster reference), Merrick becomes a guinea pig and attempts to grow such a pearl himself. Intelligent and original, Mark's novel explores edgy themes of what defines cultures and the ways in which the powerful attempt to contort those definitions to suit their own agenda. Ages 12-up.