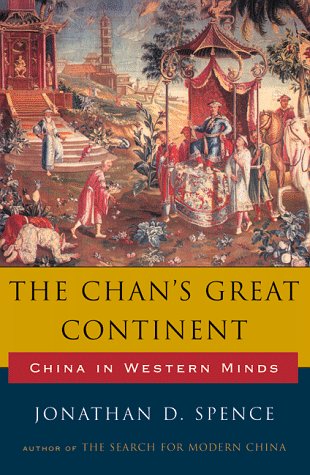 Chinese historian par excellence Spence (The Search for Modern China) has taken on the formidable task of exploring how Westerners have thought about China. He starts not with Marco Polo, but with the Franciscan friar William of Rubruck, who came into contact with the Chinese inhabitants of the Mongol capital of Karakorum in 1253, some 20 years before the better-known Venetian's travels purportedly started, and ends with the recollections of Richard Nixon and Henry Kissinger. Included in the discussion are not only firsthand accounts by Jesuit missionaries, early diplomatic emissaries and, later, observers of the Communist revolution, but also works of fiction by those who had been to China (Pearl Buck, Victor Selagen) and those who had not (Daniel Defoe, Oliver Goldsmith, Mark Twain, Bret Harte, Franz Kafka, Jorge Luis Borges). The overriding theme is that most Western thought on China has been colored by the religious, political, economic or personal agendas of those doing the observing, or as Italian novelist Italo Calvino says in Invisible Cities, his novel about Polo and Kublai Khan, ""the listener retains only the words he is expecting.... It is not the voice that commands the story, it is the ear."" As in any such broad survey, the discussions of individual figures and the passages from original texts included are far too brief; however, in this case, they merely stimulate the reader's appetite to explore them further. Spence's book will appeal not only to those interested in history and literature, but to anyone looking for a perspective on contemporary discourse about China. (Sept.)
close
Details