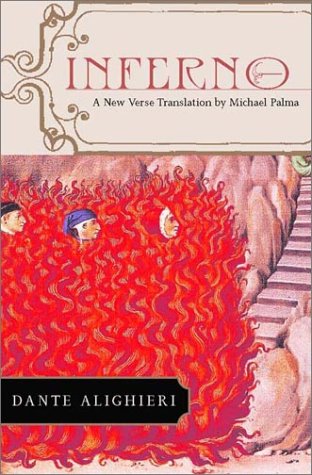 In the high-stakes field of translating the great 14th-century Italian poet Dante, for years the stellar prose efforts of John Sinclair (Oxford) and Charles Singleton (Princeton) ruled because they focused on meaning rather than poetic effect. Those efforts were recently bolstered by the unrhymed, unmetered verse of husband-and-wife team Robert and Jean Hollander, who delivered a version rich in sense late last year. The Dorothy Sayers translation for Penguin, which mimicked Dante's original , was famous for its badness. Poets like Allen Mandelbaum (Bantam) and Robert Pinsky (Noonday) checked in with more poetic efforts in meter, but without trying the impossible task of writing superb poetry in terza rima that also matches Dante's meaning. That task was left for experienced translator and poet Michael Palma (). His has the advantage of a facing Italian text (as does Pinsky) and some explanatory notes. But although Palma has published three collections of his own verse, he simply cannot measure up to a task that defeated such highly gifted translators of Dante into rhyme as Henry Wadsworth Longfellow and Laurence Binyon. Norton is plugging his work as being in "contemporary American English," but the demands of the form make for some puzzling, clunky passages: "As I walked, one met my eyes with a moment's stare/ and I said at once when I saw him: 'I have not/ always been starved of the sight of that man there.' " The monotony of almost all masculine rhymes is a further sign that English-language poetry may not be possible here, regardless of who descends this time.