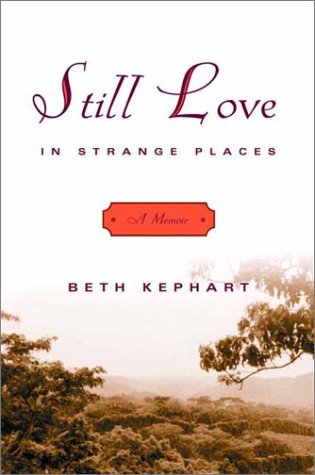 "It is an anxious earth they live on," Kephart () concludes, describing the El Salvador she's come to know by marrying one of its sons. It is a land born of massive geological movements (due to "conspiratorial lithospheric plates") and equally troubling ethno-political upheavals, from the Mayans to the Nahuatls and the Spanish to the modern-day oligarchs. Kephart sees herself as white-bread American, blandness personified, going to El Salvador in search of her husband's wild stories, ostensibly to pass them on to their son but, more fundamentally, to feel at home in her husband's home. It's a risky proposition, but Kephart realizes that listening requires "trying to forget who you are and what you think you need to know so that you can be... inside the church of another's memories." So she perseveres, and pieces come together, just as the Spanish language, initially "a gaggle of indivisible birds" starts making sense to her gringo ears. Kephart's eye for detail is extraordinary: she depicts the local cemetery as resembling the "aftermath of a piñata party." While basically enthusiastic, Kephart does have moments of self-doubt. Why is she so interested in her husband's stories, but no one's interested in her own quiet past? Should her husband's family's workers really be considered "dear friends," beneficiaries of the family's noblesse oblige, while other peasants are clearly the victims of upper-class greed? Anyone who has ever loved an outsider and tried to make it work by embracing that otherness will find great resonance in this beautiful, heartfelt memoir. Photos.