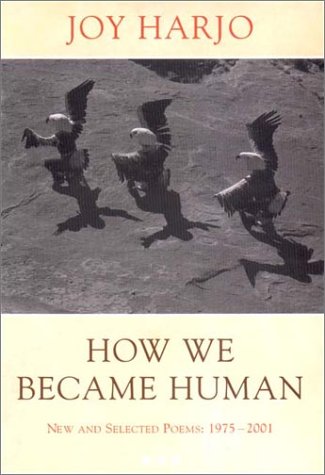 A quarter-century's work demonstrates both the difficulties and release of voicing a culture under siege. Harjo's selections from six previous books—from (1975) to (2000), show the remarkable progression of a writer determined to reconnect with her past and make sense of her present, drawing together the brutalities of contemporary reservation life with the beauty and sensibility of Native American culture and mythology: "But I imagined her like this, not a stained red dress with tape on her heels but the deer who entered our dream in white dawn, breathed mist into pine trees, her fawn a blessing of meat, the ancestors who never left." At times, the juxtaposition of the two carries an almost visceral power of regenerative rhythm, most powerfully in the poems from : "She had horses who liked Creek Stomp Dance songs./ She had horses who cried in their beer./ She had horses who spit at male queens who made them afraid of themselves./ She had horses who said they weren't afraid./ She had horses who lied./ She had horses who told the truth, who were stripped bare of their tongues." Such moments have a decided a political piquancy. Harjo, who belongs to the Muscogee Nation, includes a long introduction, as well as extensive notes on the origins of and elements in each poem, and contends that poetry is not only a way to save the sanity of those who have been oppressed to the point of madness, but that it is a tool to rebuild communities and, ultimately, change the world: "All acts of kindness are lights in the war for justice." Alive with compassion, pain and love, this book is unquestionably an act of kindness.