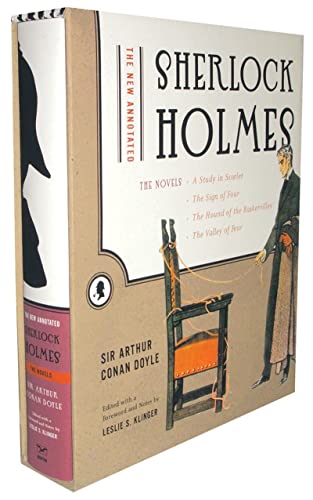 Eminent attorney and Sherlockian Klinger completes the daunting mission he began with 2004's two volumes examining the original 56 short stories to feature the great detective with this robust third book containing the four Holmes novels. All the gifts that netted Klinger an Edgar Award for best critical/biographical work are again in evidence: clear definitions of obscure terms, pithy discussions of some of the issues that have puzzled and delighted Holmes fans for generations (where exactly was Watson wounded?) and lucid essays (which legend inspired ?). Klinger manages the difficult feat of appealing both to those new to the world of Sherlockian scholarship and to those who can quote the stories like gospel. Ample use of illustrations, some from the novels' original appearances, adds to the enjoyment. A must-have for any serious mystery fan, this edition will stand as the benchmark for generations to come.