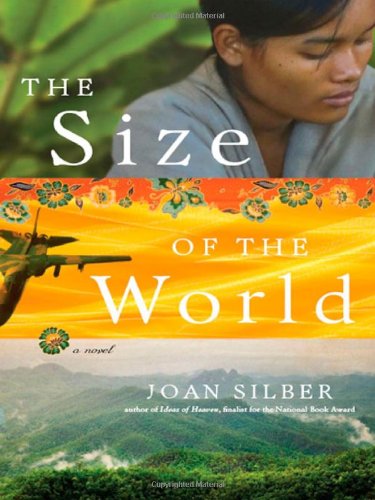 The Size of the World

War, love and culture shock take various forms, but the size of the world, in Silber's magnificent fiction, is often no larger than the distance to the person in bed beside you. Like NBA finalist (2005), Silber's sixth work of fiction consists of interlinked stories where minor or passing characters in one piece become the narrators of others, roaming from WWII Sicily to roaring '20s Siam, and from Vietnam-era Mexico to 9/11-era Bloomington, Ind. All six stories turn on the tensions between home, exile and otherness, but to follow any of the threads would be to give away the subtle connections among the characters, from a male Sicilian-American postcolonialist professor from Hoboken to a Florida woman named Kit who can sum up an old boyfriend as “the sort of boy who seemed startled when having sex. At the time his awe and confusion were endearing.” The frankness of Silber's characters is deliciously at odds with the delicacy of their observations as they absorb children, affairs, fractured and repaired families and early death in environments familiar and alien to them. The characters' many lifetimes pass with a page-turning effortlessness that belies their intense, moving depths.