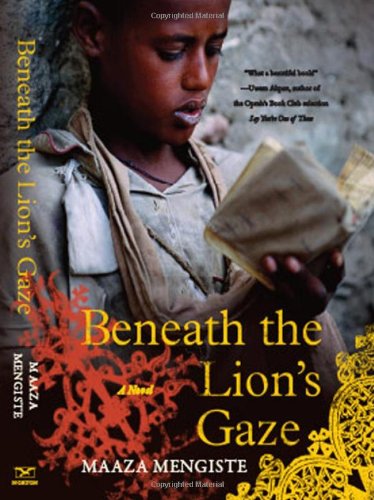 Beneath the Lion's Gaze

Ethiopia's 1974 revolution tears a family in half in this striking debut. Drought, famine and mutiny in the military are stretching Emperor Haile Selassie's regime to the breaking point, and when it finally tears, Hailu, a skilled and respected doctor in Addis Ababa, must find a way to shepherd his extended family through the ensuing violence. His task is made no easier by the fact that his son Dawit's fiery youthful convictions place him at odds with his more circumspect older brother, Yonas, a university professor with a wife and child. But when soldiers request Hailu to treat a gruesomely tortured political prisoner, he makes a fateful choice that puts his family in the military junta's crosshairs. Mengiste is as adept at crafting emotionally delicate moments as she is deft at portraying the tense and grim historical material, while her judicious sprinkling of lyricism imbues this novel with a vivid atmosphere that is distinct without becoming overpowering. That the novel subjects the reader to the same feelings of hopelessness and despair that its characters grapple with is a grand testament to Mengiste's talent.