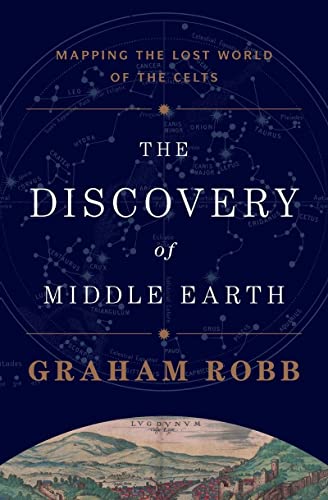 The Discovery of Middle Earth: Mapping the Lost World of the Celts

Presenting one of the most astonishing, significant discoveries in recent memory, Robb, winner of the Duff Cooper Prize and Ondaatje Award for The Discovery of France, upends nearly everything we believe about the history%E2%80%94or, as he calls it, %E2%80%9Cprotohistory%E2%80%9D%E2%80%94of early Europe and its barbarous Celtic tribes and semimythical Druids. Popularly dismissed as superstitious, wizarding hermits, Robb demonstrates how the Druids were perhaps the most intellectually advanced thinkers of their age: scientists and mathematicians who, through an intimate knowledge of %E2%80%9Csolstice lines,%E2%80%9D organized their towns and cities to mirror the paths of their Sun god, in turn creating %E2%80%9Cthe earliest accurate map of the world.%E2%80%9D In his characteristically approachable yet erudite manner, Robb examines how this network came to be and also how it vanished, trampled over by a belligerent Rome, which has previously received credit for civilizing Europe%E2%80%94though in Robb%E2%80%99s account, Caesar, at the helm, appears dim, unwitting, and frankly lucky, and the (often literally) deeply buried Celtic beliefs and innovations seem more relevant in modern Europe than previously assumed. Like the vast and intricate geographical latticework that Robb has uncovered, the book unfurls its secrets in an eerie, magnificent way%E2%80%94a remarkable, mesmerizing, and bottomless work. 50 illus. Agent: Gill Coleridge, Rogers Coleridge & White (U.K.). (Nov.)
close
Details