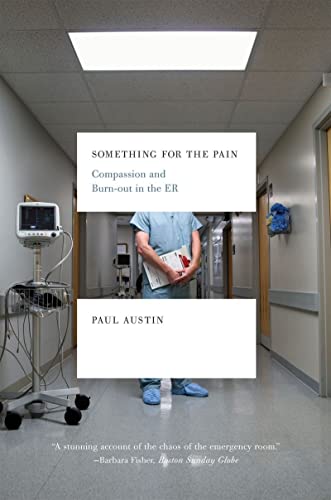 Austin follows up Something for the Pain, his memoir of becoming an ER doctor, with an eloquent account of his experiences raising a child with Down syndrome. It begins in 1987 when he, a third-year resident, and his wife, Sally, a labor and delivery room nurse, receive the news that their newborn daughter, Sarah, has the congenital condition. As Austin watches his wife breast-feed Sarah, and later slips a flower behind his daughter’s ear as she sleeps in his arms, his love for her is unmistakable. He segues seamlessly between scenes of family life and disquisitions on the history and science of Down syndrome, arguing that we are defined by more than our genes. Though Austin doesn’t sugarcoat the challenges he faced, he also shows Sarah as an engaging, sociable child who loved movies, dancing, and drawing. While following her development from birth to age 22, readers also witness Austin’s transformation from a father who once had to “pretend” to be proud, to a man in genuine awe of Sarah’s many gifts. Parents of special-needs kids will find this story particularly inspiring, and its universal message of love and acceptance should speak to a much wider audience. (Oct.)
close
Details