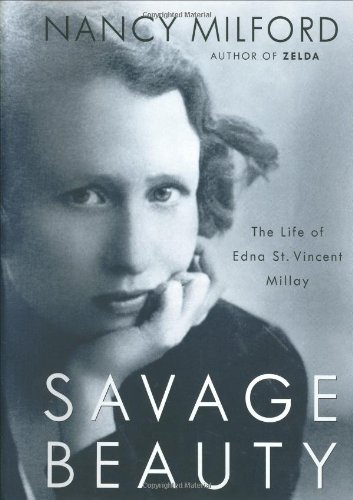 Milford hit the bestseller list 30 years ago with her acclaimed biography of Zelda Fitzgerald; she now seems poised to do it again with this outstanding biography of the poet Edna St. Vincent Millay. Like Fitzgerald, Millay (1892–1950) was a Jazz Age phenomenon, causing a sensation wherever she went; lines from her brief poem, "First Fig" ("I burn my candle at both ends/ It will not last the night... ") would become the rallying cry of a generation. She was notorious for her sexual unconventionality and (as Edmund Wilson put it) "her intoxicating effect on people... of all ages and both sexes." How a lyric poet could have achieved such celebrity is the conundrum at the heart of . Millay, as Milford depicts her, was a troubled genius who used her prodigious gift to propel herself out of rural poverty and into the center of her age. She carefully cultivated the reporters and patrons who took the "fragile girl-child" under their wing. But her delicate image masked a force of nature whose incendiary wit and insatiable ambition took the public by storm. Milford deftly links the lyric intensity of Millay's work with her ravenous appetite for life. Whether tracing her ghoulishly close relationship to her mother and sisters, her years at the center of cosmopolitan life or her morphine addiction and untimely death, this account offers its readers a haunting drama of artistic fame. A true paradigm of literary biography, this finely crafted book is not to be missed.