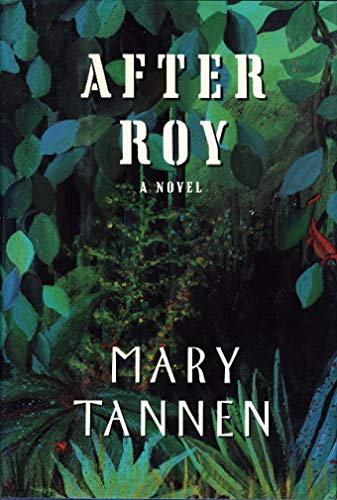 This second, rather careless, novel by Tannen ( Second Sight ) exhibits, unfortunately, a fine talent skidding badly off the tracks. For eight years, Maggie Russell has dug herself deeper into the African rain forest of D'jarkoume, a Francophone nation where war is brewing between the tall, martial Moro tribe and the short, artistic Iliods. Heedless of danger, Maggie aims to help her favorite chimpanzee Hilda (who has spent time in captivity and identifies with humans) re-adapt to her natural world. The story alternates between Maggie in native dress, wildly waving her gun at bugs and intruders, surrounded by chimps (Biff, B.P., Katie, Danny, etc.), and her concerned friends and former lovers in the U.S. Of these characters there are far too many, their names dropped liberally on every page. Among the writers, scientists, booksellers and rock musicians cluttering the scene are Eddie, Dorothy, Connie, Yolanda, Roy, Olly, Roger, Krusky, Sparks, Richard and Wanda--to name a few. The plot hinges on a song that Roy wrote, containing Maggie's name and based on an African revolutionary theme. Maggie may be in danger. Can her friends save her? The characters are too flimsy, the story too trivial, for the reader to care. (Oct.)
close
Details