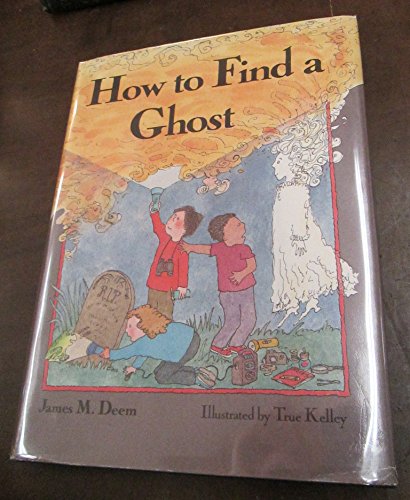 How to Find a Ghost

As demonstrated in his earlier works ( Unbuilding , Pyramid , City and Caldecott Honor book Cathedral ), Macaulay has always been interested in showing how certain things work. This time, undaunted by the immensity of the task, he illustrates how everything works. From the simple nutcracker to the computer microprocessor, Macaulay uses his vivid sense of draftsmanship to delve into the workings of everyday objects, tools, machines, musical instruments and, well, everything in almost 400 pages. Each section begins with the writings of an imaginary prehistoric inventor, who explains ``the principles and workings of various Mechanical Machines brought to light during the Capture, Domestication, and subsequent Employment of the Great Wooly Mammoth.'' The escapades of the mammoth and the prehistoric engineers lead into accurate discussions of the physical principles that lie behind everyday objects. Simple machines like the inclined plane, the lever and the wheel and axle are illustrated by a lock and key, a pair of scissors and a dentist's drill. The book is a progressive journey; readers learn not only how things work but why things work. None of this alone would have made the work a Macaulay book, not without his unique architectural perspective on everything he shows. He draws even the tiniest items on a grand scale, populating some of these skyscraper-sized objects with tiny people, angels and even a few characters readers might recognize. The use of this scale gives the concepts a transparency not found in technical literature and a clarity and power seldom seen in similar books for the general reader (although some subjects, such as the jet engine, strain the limitations of the printed page, textually and visually). In the end, though, only Macaulay could have made equally accessible the workings of both the electric toaster and the fusion power generator. Highly recommended, not only for young readers, but for adults as well. All ages. (Oct.)
close
Details