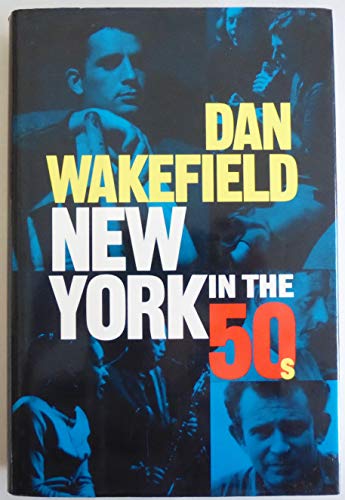 New York in the Fifties

While Allen Ginsberg howled that the best minds of his generation were being destroyed by madness, Wakefield, who lived in the same town, was high on just being there, on making it as a freelance writer if not yet as a novelist, on the camaraderie he found in Greenwich Village, on hanging around with James Baldwin, Vance Bourjaily, Norman Mailer, Seymour Krim, John Gregory Dunne, Gay Talese, William Buckley and other ``writer writers'' who would later become our eminences grises of letters. Wakefield had fled Indianapolis in 1952 to study at Columbia; yet eight years later, ``all scratched out,'' he would flee New York City--and end up in Boston, permanently. This is his memoir of '50s Manhattan, a charmed, gentle, evocative re-creation of a time when sex was more talked about than done (and when done, was done in secret), a time when psychoanalysis was hailed as the new religion, booze was the soporific, Esquire and the Village Voice the journalistic pacesetters, jazz the music. Then the atmosphere changed: McCarthyism hovered, Timothy Leary came around with the ``cure-all elixir'' psilocybin, the Beatles landed. Wakefield, whose novels include Home Free , has written his generation's kinder-spirited Moveable Feast , marking his era as a cultural divide.Litterateurs will treasure the book. So will aspirants. Photos not seen by PW . (May)
close
Details