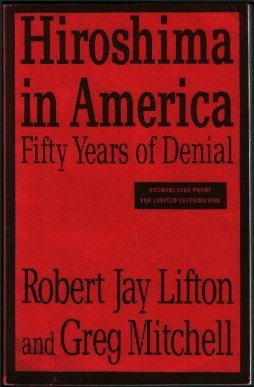 President Truman was ambivalent about the decision to drop atomic bombs on Hiroshima and Nagasaki. Yet, according to this unsettling study, Truman, influenced by army general Leslie Groves and Secretary of War Henry Stimson, went into denial and developed a sense of omnipotence that allowed him to deploy weapons that killed vast numbers of civilians. Eminent psychologist Lifton (whose National Book Award-winning Death in Life dealt with Hiroshima survivors) and former Nuclear Times editor Mitchell (The Campaign of the Century) draw on primary sources, including the diaries of Truman and other decision-makers, in an attempt to refute the widely held belief that the atomic bombings hastened WWII's end, thereby preventing an invasion of Japan and saving countless American lives. The authors demonstrate that the U.S. military and media for decades systematically suppressed on-site photographs, as well as American and Japanese documentary films, that showed the devastation produced by the bombs. They argue that the lasting, harmful impact of Hiroshima on American society includes a defense policy in thrall to nuclear weaponry, self-propelling arms buildups, patterns of psychic numbing and secrecy and denial of the health effects of radiation from bombs and from U.S. nuclear waste dumps. BOMC and History Book Club selections. (July)
close
Details