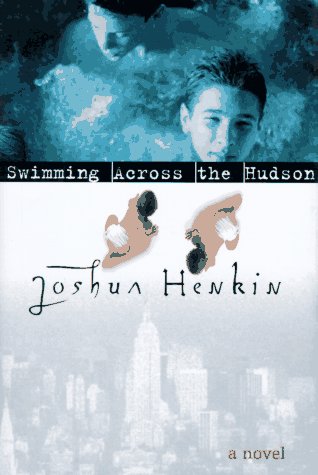 Swimming Across the Hudson

The trials of a small Jewish family whose adopted son reacquaints himself with his birth mother provide the background for Henkin's debut. An understated novel of ideas, it poses in accessible form serious questions about the nature of identity--personal, sexual and, above all else, religious. Ben Suskind, 31, a countercultural high-school teacher, and his gay younger brother, Jonathan, who's a doctor, live in the Bay Area. They were both raised in Manhattan by adoptive parents--a stern Jewish professor at Columbia and his more relaxed wife. Dad has long been at pains to see that his boys don't dilute their heritage, an issue that becomes pressing when Susan Green, who's both Ben's plucky young birth mother and a gentile, meets up with Ben and gives his head a spin. Ben, already a little jittery, grows sufficiently absorbed in the history of his biological family to threaten his relationship with his live-in lawyer girlfriend and her daughter, as well as with his brother and his parents. A man stalled, unable to embrace the future until he has resolved the riddle of his past, Ben gradually comes to understand that he can be a legitimate Jew without recourse to the Old Testament. His parents' love has made him a member of the tribe; and religious observance, from kosher cuisine to Sabbath and synagogue, can remain points of refuge and serenity. Henkin has a refreshingly unpretentious style, but this mini-saga lacks punch. Ben's epiphany that ""the past year had been nothing but a string of lies... my identity slippery and slithering,""following a strange, 11th-hour cascade of deceptions intended to uncover Jonathan's birth mother, provesonly as poignant as a particularly absorbing episode of TV's The Real World. (Apr.)
close
Details