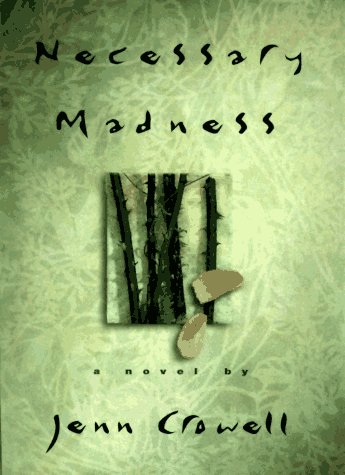 Whatever the qualities of this first novel--and they are notable, on both sides of the ledger--the qualities of its author are going to steal the spotlight in the months to come, in large part because of the publisher's promo campaign. Crowell was a 17-year-old high-school senior when she completed this work. Her writing teacher at Goucher College, novelist Madison Smartt Bell, read it during Crowell's freshman year and sent it to his agent, who sold it. Surprisingly, the novel is no story of adolescent passage. It is, rather, the thoughtful tale, filled with many small insights, of how a woman in her 30s weathers grief and learns to live with it. When British painter Bill Burgess dies of leukemia, his American wife, Gloria, is left alone in London with her young son. Gloria's first-person voice is engagingly worldly as she worries about her son, swings between grief and numbness and revisits her past--particularly her relationships with her mother, a cold perfectionist, and her father, a weak intellectual who committed suicide. These parents suffer from some slick, even stereotypical characterization. More troublesome is the scantiness of the plot, which is mechanically propelled by the question of whether Gloria will agree to a retrospective of her husband's work organized by a cloyingly sensitive friend. Crowell's prose is so clean that, at times, readers may be lulled by its cadences into mistaking rudimentary psychological insight for something edgier, deeper, finer. In fact, Crowell has fashioned an above-average domestic drama--nothing less, but nothing more. 150,000 first printing; $150,000 ad/promo; BOMC selection; film rights to Sony Entertainment; audio rights to Brilliance and Books on Tape; foreign rights sold in 10 countries. (Mar.)
close
Details