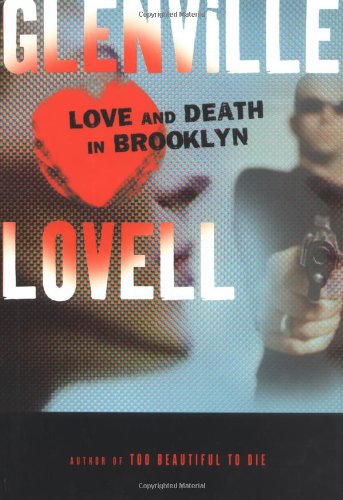 LOVE AND DEATH IN BROOKLYN

Lovell ( ) picks an odd title for a book that revolves around rage, revenge and the Russian mafia; his prose, too, has more than its share of awkward sentences and metaphors ("I strapped on my Glock and stepped out into the lights of New York City like Anthony Quinn in on Broadway"). In spite of this, the book, an intricate story of the aftermath of a young black politician's murder, could have been great. Ex-cop Blades Overstreet left the NYPD under duress (and later won a civil rights settlement), and has just recently begun settling into the lifestyle of a successful businessman. But when he sees the son of his friend Noah gunned down in a posh restaurant, loyalty to Noah mobilizes Blades to find the killer, imperiling the stable life he's tried to craft for his difficult, ambitious wife and newly discovered young daughter from a long-ago liaison. In his search for the killer Blades encounters a web of conspiracy that encompasses his father's long-ago past, a Russian drug ring, a lesbian FBI agent, a giant transvestite street snitch and the murderer of Noah's son. Throughout the book, the dialogue is rhythmic, gritty and utterly credible. The prose passages, on the other hand, mask Lovell's talent like vinyl siding on a brownstone.