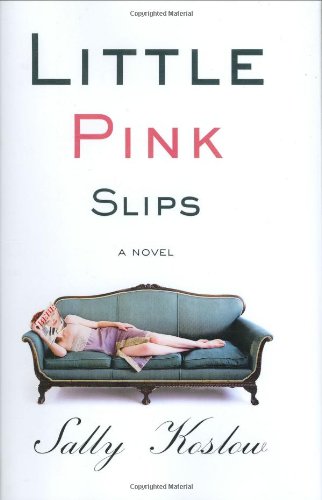 Former editor-in-chief Koslow features in her mellow roman à clef Magnolia Gold, who gets booted out of her magazine kingdom, but lands on stilettos that "you could almost mistake for Manolos." Magnolia, editor-in-chief of magazine, has her dream job, a Cartier watch and a fab New York apartment, but 's publisher and parent company president cozy up to gauche celebrity Bebe Blake and decide—against Magnolia's warnings that Bebe will alienate the mag's "red state Republican" readership—to turn into and demote Magnolia to "corporate editor," a bogus position that's soon eliminated. (Bebe may remind readers of Rosie O'Donnell, who assumed Koslow's duties at once it was relaunched as .) As Bebe ravages the magazine, a down-and-out Magnolia orchestrates her return while she and best friend Abbey run through their share of nonstarter men. Abbey finds Mr. Right, and just as things are looking their bleakest for romantically and professionally flailing Magnolia, lightning strikes twice. Koslow's take on behind-the-scenes maneuvering will keep readers turning the pages of her debut, but her soft-focus on glossy magazine publishing (the same mani-pedis, shopping diversions and expensive meals circuit that have been catalogued elsewhere) feels reserved: the villains aren't especially vile, and the goodies are very goodly—call it a red state .