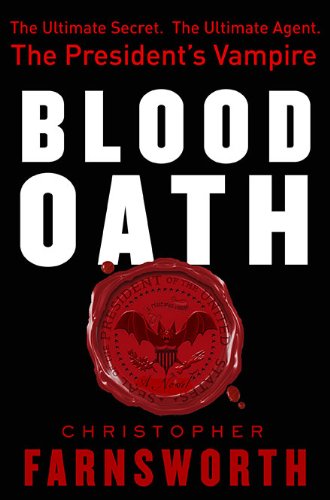 This action-filled debut by scriptwriter Farnsworth reads like a cross between P.N. Elrod's historical vampire adventures and Thomas Greanias's conspiracy thrillers. Nathaniel Cade, “the president's vampire,” swore to fight on the side of President Andrew Jackson and all his successors. In the present day, Zach Barrows, a rising political star caught canoodling with the president's daughter, suddenly finds himself training to be Cade's handler after tough, wise special agent William Griffin retires. As they try to stop Cade's old nemesis, Dr. Johann Konrad, from creating an army of Frankensteinian monster soldiers, they uncover a deeper government conspiracy. Entertainingly plausible historical documents at the beginning of each chapter and a sense that this fight is just a skirmish in a larger war help elevate the book above its sometimes bland characters and their predictable motivations.