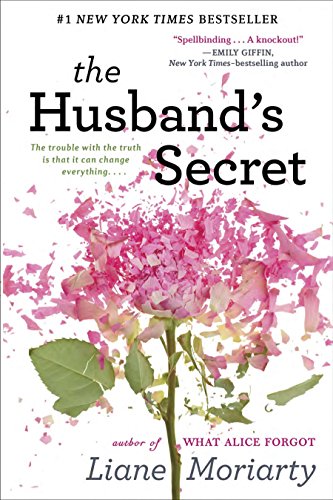 Australian author Moriarty, in her fifth novel (after The Hypnotist’s Love Story), puts three women in an impossible situation and doesn’t cut them any slack. Cecilia Fitzpatrick lives to be perfect: a perfect marriage, three perfect daughters, and a perfectly organized life. Then she finds a letter from her husband, John-Paul, to be opened only in the event of his death. She opens it anyway, and everything she believed is thrown into doubt. Meanwhile, Tess O’Leary’s husband, Will, and her cousin and best friend, Felicity, confess they’ve fallen in love, so Tess takes her young son, Liam, and goes to Sydney to live with her mother. There she meets up with an old boyfriend, Connor Whitby, while enrolling Liam in St. Angela’s Primary School, where Cecilia is the star mother. Rachel Crowley, the school secretary, believes that Connor, St. Angela’s PE teacher, is the man who, nearly three decades before, got away with murdering her daughter—a daughter for whom she is still grieving. Simultaneously a page-turner and a book one has to put down occasionally to think about and absorb, Moriarty’s novel challenges the reader as well as her characters, but in the best possible way. Agent: Faye Bender, Faye Bender Literary Agency. (Aug.)
close
Details