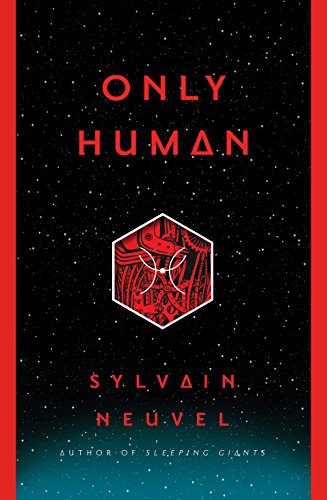 In the exciting conclusion to Neuvel’s Themis Files (after 2017’s Waking Gods), scientist Rose Franklin is back home on Earth after she was marooned for nine years on the planet Esat Ekt. Her giant robot, Themis, was summoned home, with Rose, linguist Vincent Couture, his 10-year-old daughter, and Gen. Eugene Govender stuck inside. Rose loved studying alongside the humanoid Ekt and would have been happy to stay, but Vincent was desperate for home. When they return, it’s to an entirely too plausible war-torn Earth that’s in the grip of racial hatred (especially of Muslims) and violence, and Russia and the U.S. are butting heads. Russian agent Katherine Lebedev wants to use Themis to combat the U.S., but she needs pilots to do it, and she’ll stop at nothing to get Rose to do her bidding. The story, entwining past and present, is told in the same style as the first two novels, using interviews, diary entries, mission logs, and covert recordings. Lebedev is cartoonish at times, but that makes it even easier to root for Rose and co. This action-packed tale with apocalyptic stakes is a fitting finale to this wonderfully cinematic series. Agent: Seth Fishman, Gernert Co. (May)
close
Details