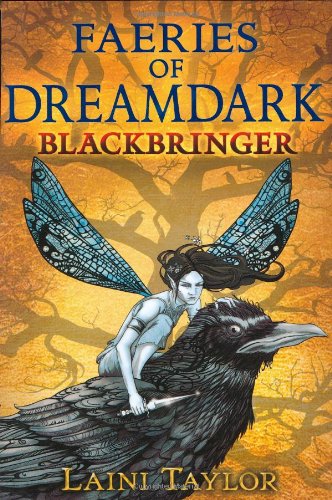 n Taylor's debut fantasy, humans are unknowingly releasing demons into the world—demons trapped in bottles 25,000 years ago by armies of faeries. Young faerie Magpie Windwitch, whose grandfather is the West Wind and whose role in the emerging conflict seems ominously important, works to put those demons back into the bottles that held them for so long. It's a tough job, especially since the seven Djinn that created the world and all of its creatures (except, of course, humans) went into hiding 4,000 years ago. A particularly nasty demon, the Blackbringer, seems determined to attack Dreamdark, the place the world was created; Magpie and her faithful band of crows head there to warn the sleeping Djinn, Magruwen, that one of his fellow immortals has already been killed by the Blackbringer. But Magruwen has grown weary of the world; in a perfectly rendered scene, Magpie has to reason with an idle god and convince him that the world is worth saving. “Sure the past can't be undone, but it can be forgiven.... How much finer will it be to build a new age on forgiveness than on anguish?” There's a hint of darkness to Taylor's setting, which belies its origin (she originally conceived her creatures for a line of faerie-themed greeting cards and ornaments). It's a fresh take on a well-worn milieu, and the author's knack for faerie dialogue, replete with its own interjections, clichés and turns of phrase, makes for engaging escapism. Ages 10-up.