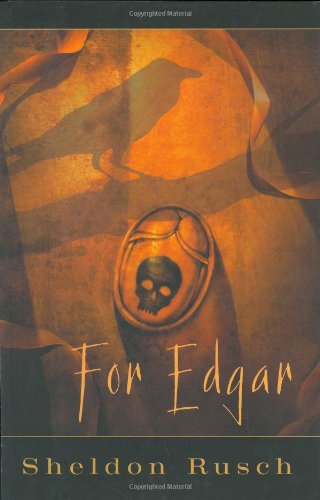 The titular "Edgar" of Rusch's sharply written debut is Edgar Allan Poe himself: somebody is committing murders in Poe's name and leaving behind garish works of art to mark the connection—such as a woman's skull with a gold ribbon dangling from an eye socket. The little girl who finds the skull in an oak tree in a park near Chicago takes home a vital clue associated with "The Gold Bug." A second woman's bizarre murder has an obvious link to another Poe story. Elizabeth Taylor Hewitt, a special agent of the Illinois state police, enlists her ex-lover, Scott Gregory, who just happens to be a Poe expert, in decoding the clues—and becomes a potential victim of a mad but also resourceful serial killer known as the Raven. Hewitt is literary without being pretentious, and often hilariously outspoken. When a county sheriff describes the way the first victim's skull was attached to the tree, Elizabeth comments, "That's the way Martha Stewart always insisted on hanging a skull." With quality ingredients like these, Hewitt could well be back for another outing—and some day Rusch may be handed an Edgar of his own.