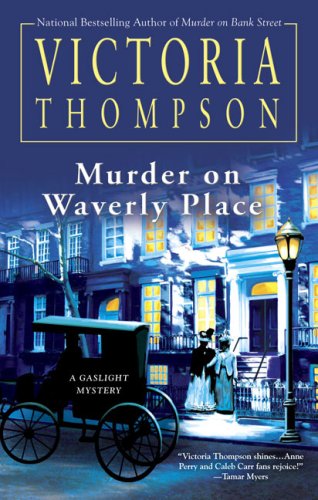 Thompson's 11th gaslight mystery to feature midwife Sarah Brandt (after 2008's ) fails to bring to life late 19th-century New York City as well as, say, Caleb Carr does in his period fiction, but series fans should be satisfied. Sarah's mother, Elizabeth Decker, who's feeling guilt-ridden over the death of her pregnant oldest daughter, decides to seek supernatural help from a local medium, Madame Serafina. At a séance, someone uses the cloak of darkness to stab to death Mrs. Gittings, a woman also hoping to contact a deceased family member. Since the séance participants were all holding each others' hands throughout the ritual, suspicion focuses on the medium's accomplice. Sarah helps her policeman friend, Det. Sgt. Frank Malloy, investigate. Solid prose in part compensates for a mundane solution to the crime.