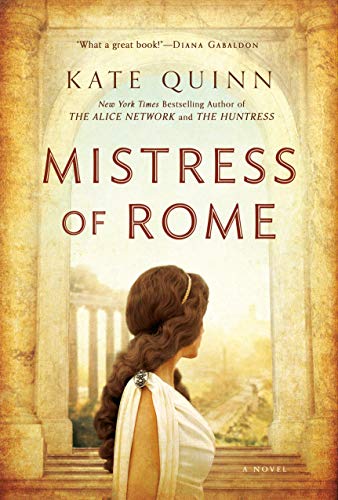 Quinn convincingly conjures the terrifying reign of Emperor Domitian in her solid debut that follows the travails of Thea, a slave girl and mistress to the emperor. While she is tormented by Domitian, she holds her secrets—a gladiator lover, a young son—close. When these facts are brought to Domitian's attention by Thea's jealous rival, Thea takes drastic actions to secure her family. Quinn's command of first-century Rome is matched only by her involvement with her characters; all of them, historical and invented, are compelling and realistic, and she explores their dark sides without crossing into gratuitousness. Readers will finish eager for a sequel, which is a good thing because Quinn has left the door wide open for a follow-up. This should make a splash among devotees of ancient Rome.