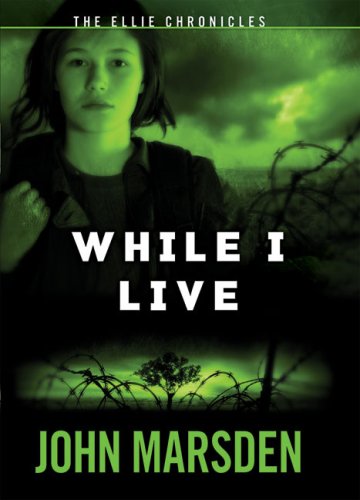 The conflict that fractured Australia in is over, and narrator Ellie Linton (who also narrated ) is trying to get back to the farmer's life. But before the first chapter of Marsden's launch title in the Ellie Chronicles is through, her parents are brutally killed by militia from the other side of the new border. From there, though, the story becomes less action-packed than fans of the series have come to expect. Ellie, now alone with her friend Homer and young, impetuous Gavin, faces financial hardship and the possible loss of the farm. She decides to keep the family business going, making an enemy of the executor of her parents' estate. Meanwhile, she learns that Homer is involved in a vigilante organization called Liberation that rescues prisoners of war. When a terrorist group captures Homer during a rescue operation, Ellie's trek to retrieve him marks one of the book's few action sequences. The Tomorrow series attracted a following largely for its fast-paced nature and realistic portrayal of life during wartime. With this new offshoot of the series, Marsden takes his heroine in a more introspective direction, devoting most of the book to birthing calves and farmer's auctions instead of gun battles. It's a poignant and powerful read, but may be a disappointment to those seeking an adrenaline rush. Ages 12-up.