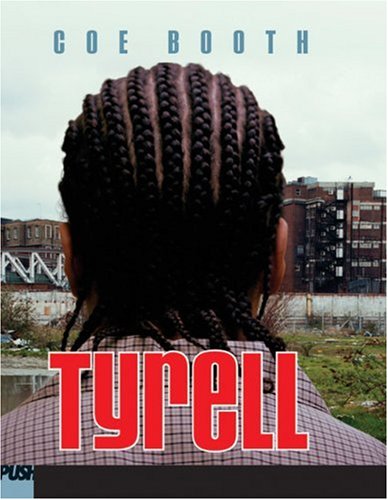 In her first novel, set in a Brooklyn ghetto, Booth conveys the frustration of a teenager who is trying to lead a better life despite all the pressures to do otherwise. Narrator 15-year-old Tyrell is in love with Novisha ("that's the only thing I got going for me right now") and dreams of the two living together. However Tyrell faces some major challenges. With his father in jail for the third time, Tyrell is homeless. He's living temporarily at the roach-infested Bennett Motel ("got rats the size of cats and shit"), sharing a room with his mother and little brother, Troy. He needs a way to make some money, but he wants to be sure it's legal: "I get locked up, Troy gonna end up back in the system." Using his father's DJ equipment, Tyrell forms a plan that could bring in a good chunk of money and get them back in an apartment. Using the voice of an inner-city teen, Booth keeps the story focused on Tyrell and his ups and downs as he struggles to do the right thing, and keeps the plot developments realistic—especially Tyrell's relief after his brother is taken by the Administration for Children's Services, allowing him the opportunity of freedom ("Back home to the projects. Where I belong"). Tyrell's frank talk about sex may be offensive for some readers, but only adds to his character's credibility. Ages 12-up.