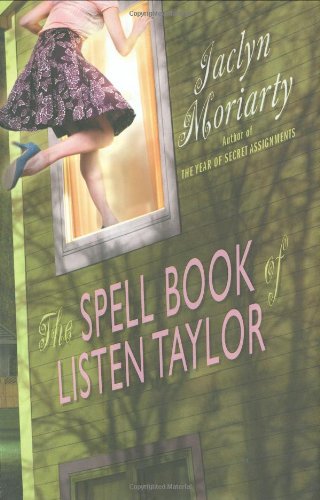 A revised version of Moriarty's adult novel, (not published in the U.S.), this whimsical though rigorously plotted novel offers an intellectual puzzle that may engage YA readers, but the lengthy, adult-centered narrative may test the patience of its target audience. The central mystery—discussed every Friday night by the Zing adults, behind the closed doors of a garden shed—has to do with a carefully guarded family secret that (as readers gradually learn) necessitates the constant surveillance of a young elementary-school teacher named Cath Murphy. Meanwhile, Listen Taylor, a motherless seventh-grader who lives with her father and his girlfriend Marbie Zing, discovers a book of magic spells. Casting spells intended to achieve such feats as make a vacuum cleaner break, Listen works her way through almost half the book before she notices the tiny promise on the back cover: “This Book Will Mend Your Broken Heart.” The results of Listen's magic deliciously spike trenchant scenes that shift among the various (adult) couples and the role of the Zing Family Secret. Teens will easily relate to Listen's conflicts (intensified when her friends cast her out of their clique). However, Listen acts mostly as a supporting player; the perspectives remain mainly those of adults, and the heavy focus on extramarital affairs has more to do with midlife crises and discontent than adolescent issues. With its colorfully camouflaged themes of regret, this well-crafted novel may strike a less resonant chord with teens than with their parents. Ages 14-up.