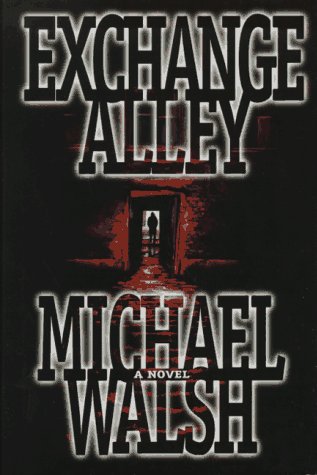 JFK assassination buffs will enjoy bushwhacking their way through this labyrinthine debut. Young Danish cultural attache Egil Ekdahl--engaged in hawking the KGB's file on Lee Harvey Oswald to the highest bidder--turns up murdered in a particularly grisly fashion, and NYPD Detective Francis X. Byrne is given the joyless task of finding his killer. Almost immediately, he locates one of Ekdahl's many sex partners, a fabulous Dane called Ingrid Bentsen, who connects him to New York's hot Euro club scene. But Byrne also discovers the lowlights of Ekdahl's career: a distinguished regular at a gay S&M club in the West Village, he was once caught on tape slicing a girl's throat during intercourse somewhere in Russia. Even more shocking is the presence of another bit player in that little movie--rogue FBI agent Tom Byrne, Frank's sadistic older brother. Tom appears to know more than Frank about a family secret so bizarre and devastating it rocks Frank's world when, through a scrim of pain and denial, he begins at last to glimpse it. The final 100 pages of this book offer a series of explosive surprises, from the identity of Ekdahl's killer to the truth about Byrne's own heritage. There isn't much Walsh doesn't know about the JFK assassination, and the background research for this virtuoso novel feels thorough. Weaving from the worst of the Russian prison camps to Manhattan's elite European demimonde, from Brighton Beach's vicious Russian mobs to Little Italy's complacently murderous families, Walsh orchestrates a gripping tale of the horrors that were set in motion the day a president was murdered. (July)

This review has been corrected: an incorrect author was listed in an earlier version.