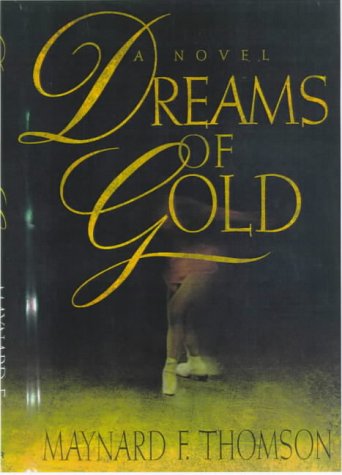 Setting his third novel (after Trade Secrets) in the world of competitive skating, Thomson mixes interesting background material with a suspenseful story about the career choices and love entanglements of an appealing heroine. With less than two years to train before the 2002 Olympic Games in Salt Lake City, pairs figure skater Maggie Campbell is horrified when her lover and partner, Clay Bartlett, is injured in a career-ending car crash. Fueled by bitter resentment at superstar singles skater Doe Rawlings, whom she blames for the accident, Maggie decides to leave her Boston home to train as a singles skater in Japan, where she lived for 14 years as a misfit (her mother is Japanese, but she looks like her American father). Once there, she takes up training with her beloved old coach Madam Goto and runs into Hiro Araki, a childhood friend who's now a yakuza, a Japanese gangster, and who becomes Clay's rival for Maggie's affections. Maggie faces the bigotry of the Japanese skating culture in a fascinating subplot that fleshes out the cultural context of Maggie's family, her coach, and her ethnic identity. Under Goto's tutelage, she learns a zenlike focus in competitive skating; she wants to beat the bratty Doe, but in order to do so she must skate for herself. While Thomson does a fine job of sketching the figure skating environment--overzealous coaches, mercenary promoters, stage parents and technical lingo--his story takes the reader a step beyond. The scenes in Japan provide a rich, imaginative, connecting plot to the rinkside drama: the dark world of the Japanese mob, corrupt skating judges, Japanese nationalism. Destined for the mostly female audience of TV's second-most-watched spectator sport, the novel conveys the emotional and mental heart of the sport as well as the athletic regimen. With this calculated crowd-pleaser, Thomson scores gold. Major ad/promo. (Mar.)
close
Details