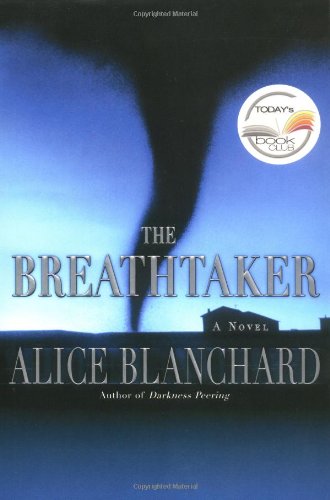 Blanchard's gripping second thriller follows a smalltown police chief's pursuit of a serial killer who strikes only during tornadoes, but the "Debris Killer" is only one of the highlights of this fast-moving shocker, which also features the keen characterizations and fine atmospherics of the author's first thriller, . Charlie Grover, Blanchard's sympathetic hero, lives in Promise, Okla., deep in "Tornado Alley." Recently widowed, Charlie is the physically and emotionally scarred survivor of a childhood fire that killed his mother and sister, and the father of a sweet 16-year-old daughter enchanted by a teenage storm-chaser ("the kind of troubled youth who gave troubled youths a bad name"). After Promise is hit by a severe tornado, Charlie discovers three bodies in a house with only minor damage. Their deaths are particularly gruesome—mother, father and daughter have all been impaled by flying debris; the father is "stuck like a pin cushion"—and Charlie quickly realizes that this is not the work of a storm. The bodies display defensive wounds and, worse, the killer's "signature": each has had a tooth extracted and replaced with another tooth. Charlie seeks the help of spunky scientist Willa Bellman, who introduces him to the art of storm-chasing ("heroin for the heartland") and slowly reawakens his heart. As tornado season comes on, more victims are discovered, and Charlie begins to suspect someone very close to him, before the murderer leads him on a final terrifying chase that will have readers gasping. Blanchard makes a bold move by linking her villain to tornadoes—each such powerful forces of destruction and chaos—and while it's a little far-fetched, it pays off in this dark depiction of environmental and human turmoil.