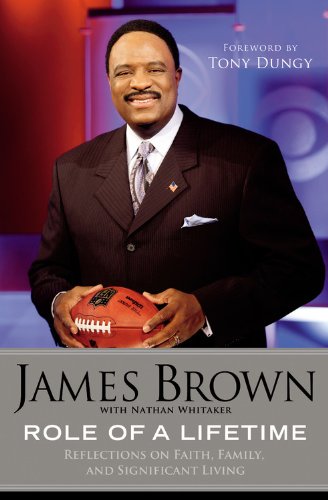 Role of a Lifetime: Reflections on Faith, Family, and Significant Living

Media personalities tend to have big egos. Brown, a sports broadcaster and host of , does not fit this mold. The author presents his life story, warts and all, hoping to inspire readers to embrace a fulfilling life. In college, Brown had a promising NBA career ahead of him, but his admitted complacency ushered him off the Atlanta Hawks' squad in the early '70s. When he recovered from grieving the death of his life dream, he committed himself to achievement and fulfilling his adult responsibilities even in the face of racism and the often cutthroat world of television. At times, Brown's attempt to glean life lessons from organized sports becomes clichéd. The most genuine passages are those in which Brown writes from his heart about the partnership he cherishes with his wife, his faith life and the pride he feels about his daughter. For all his success, it is clear that Brown's primary motivation in life is to be a constructive role model. One need not be a professional sports fan to appreciate and even share this desire.