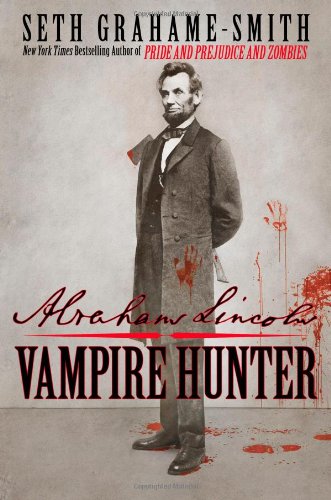 Following the success of his bestselling with another mélange of history and horror, Grahame-Smith inserts a grandiose and gratuitous struggle with vampires into Abraham Lincoln’s life. Lincoln learns at an early age that his mother was killed by a supernatural predator. This provokes his bloody but curiously undocumented lifelong vendetta against vampires and their slave-owning allies. The author’s decision to reduce slavery to a mere contrivance of the vampires is unfortunate bordering on repellent, but at least it does distract the reader from the central question of why the president never saw fit to inform the public of the supernatural menace. Grahame-Smith stitches hand-to-hand vampire combat into Lincoln’s documented life with competent prose that never quite manages to convince.