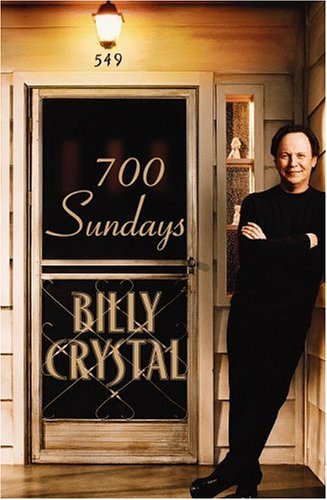 Reading the book version of comedian Crystal's Broadway solo show can be initially off-putting. The jokes he uses to warm up his audience (on why Jews eat Chinese food on Sunday nights, his complaints about his circumcision, the nasal pronunciation of Jewish names, etc.) are distinctly unfunny on the page. But once Crystal is finished with shtick and on to the story of his marvelous Long Island family, readers will be glad they can savor it at their own pace. There's the story of Crystal's uncle Milt Gabler, who started the Commodore music label and recorded Billie Holiday singing "Strange Fruit" when no one else would. Then there's the Sunday afternoon when Holiday takes young Crystal to see his first movie at what later became the Fillmore East. There's even Louis Armstrong at the Crystal family seder, with Crystal's grandma telling the gravelly-voiced singer, "Louis, have you tried just coughing it up?" At the heart of these tales is Crystal's father, the man who bought his little boy a tape recorder when he announced he wanted to be a comedian and didn't scold when he recycled off-color borscht belt routines for family gatherings. Crystal's dad worked two jobs and died young, so they had maybe 700 Sundays together—but how dear they were. Photos