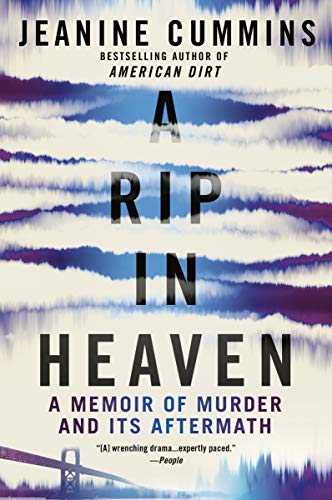 A RIP IN HEAVEN: A Memoir of Murder and Its Aftermath

On the night of April 4, 1991, during a spring-break family vacation to St. Louis, Cummins's 19-year-old brother, Tom, and his two female cousins were attacked while walking on the abandoned Old Chain of Rocks Bridge. During the attack, the girls were raped; afterward, all three were pushed off the bridge by the four assailants. Tom survived; the girls did not. Cummins presents a mesmerizing, highly balanced memoir of the events, writing in the third person to give readers "an intimate knowledge of each facet of the story." She introduces her own family, referring to herself by her childhood nickname, and then does the same for each of the assailants, thoughtfully painting an in-depth portrait of each character without ever passing judgment. Moreover, she takes what could be cold, dry factual information from "court documents, police records, electronic media" and her own interviews and deftly weaves them into a compelling, novel-like account. She explores the family's initial horror over the police holding Tom as a suspect for this crime that made national headlines. (One of the attackers wound up with a 30-year plea; the others are currently on death row.) For someone so closely related to a crime victim to strike such a fine balance in chronicling it is a highly admirable feat. Cummins's noble account will ultimately draw readers into all sides of the story. 8 pages of photos not seen by .