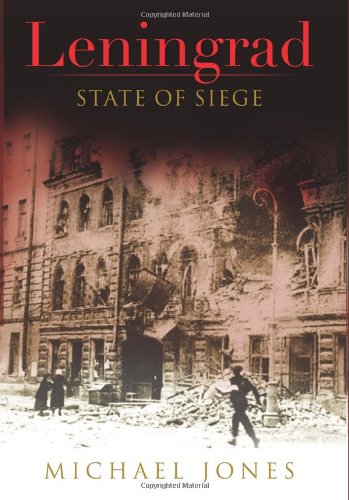 British military historian Jones ( ) explores the physical and psychological depths of the 872-day siege of Leningrad during WWII—“one of the most horrific sieges in history”—in this sobering chronicle. Leningrad, a city of 2.5 million, was a major objective of Hitler because of its economic, military and symbolic significance (as the “birthplace of the Bolshevik Revolution”). Besieged and poorly served by the corrupt and incompetent city administration, Leningrad descended into starvation, “widespread looting and cannibalism” and deadly epidemics. Despite the appalling conditions, says Jones, “a remarkable humanity still survived,” and Leningrad miraculously managed to hold out until the Soviet Army liberated the city in January 1944. It's likely that more than one million civilians perished during the siege. Following in the footsteps of Harrison Salisbury's classic 1969 account, Jones draws extensively from the diaries of siege victims and interviews with survivors for a harrowing portrait of life reduced to a single pursuit: “the hunt for food.” Readers interested in military history, the Soviet Union or the psychology of survival will appreciate this unforgettable saga. 35 b&w illus., 5 maps.