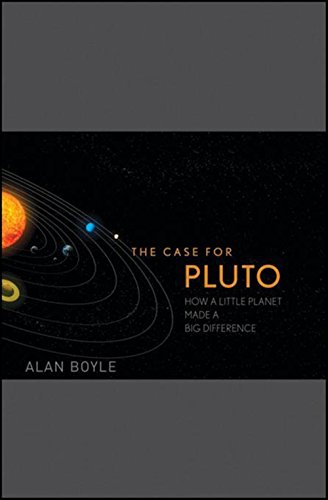 The Case for Pluto: How a Little Planet Made a Big Difference

When the International Astronomical Union voted in 2006 to evict Pluto from the roster of planets in our solar system, little did they expect the public outcry that would arise. Boyle, an award-winning science writer and the science editor at MSNBC.com, presents the issues regarding Pluto's status, both popular and scientific, in a winning fashion. After its discovery in 1930, the icy rock formerly known as Planet X was embraced by the public imagination, partly due to its status as “the oddball of the solar system”; no doubt having Walt Disney name a cartoon dog after it also helped. But as astronomers learned more about the solar system and the distant Kuiper Belt at its fringes, they realized that Pluto, with its lopsided spin and strangely tilted orbit was very special indeed. Now astronomers have identified at least five dwarf planets, or “mini-worlds,” orbiting our Sun. When the spacecraft reaches Pluto in 2015, we'll know more about this “underdog of the solar system.” Even then, the furor is bound to continue. Photos.