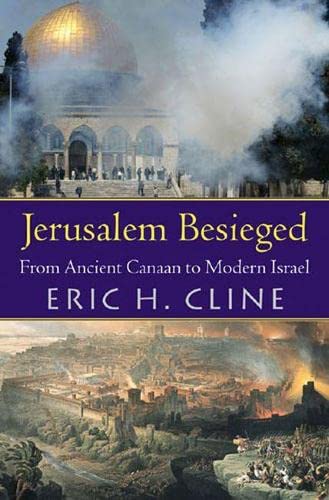 Cline, an associate professor of ancient history and archeology at George Washington University, begins his history of Jerusalem with mythical, biblical and archeological clues to its past, and the Roman histories of Josephus. Cline's narrative thread is the battles over control of a dusty village that took on increasing emotional content as it became a contested religious site. Cline claims "assimilation, annihilation and acculturation" through 10 empires and occupancies have left no one in the area today with "a legitimate pedigree definitively extending back to any of the original inhabitants." Of the alleged 118 conflicts over Jerusalem, few lacked a religious basis. Until 1917, Cline shows, Westerners controlled Jerusalem for less than a century. Beyond the Solomonic years, Jews have controlled the old city only since 1967. Perhaps no fragment of global real estate has been so volatile over so long a history. Despite sanguinary, even horrific detail from past memoirs and narratives, Cline's retelling is flat and repetitious, and the numerous references to Saddam Hussein, physically absent from this history, overreach in attempting immediate relevance. While a useful, well-annotated, textbookish guide to Jerusalem's violent past and present, it will not replace Karen Armstrong's stylish (1996). 10 color photos not seen by 24 maps.