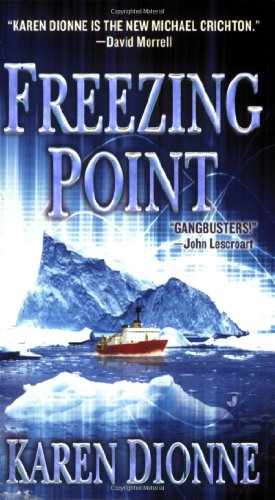 The battle for control of Antarctica’s ice quickly turns into a fight for survival in this uneven debut thriller. Idealistic and controversial (but corporate) environmentalist Ben Maki wants to bring fresh water to millions by melting the Antarctic icebergs. As Maki’s trial run progresses, a group of scientists studying the icebergs begin falling prey to a deadly illness and to packs of vicious Antarctic rats. Maki and his colleagues must abandon their efforts, hoping only to get out of Antarctica alive. While the scientific and ethical themes are fascinating and timely and the remoteness of the Antarctic makes an ideal thriller setting, readers will find it difficult to suspend their disbelief long enough to find the rats scary rather than silly. Dionne would have done better to stick to the human capacity for monstrosity—something she touches on, but never fully explores—and the surprisingly complex and overlapping motivations of the characters.