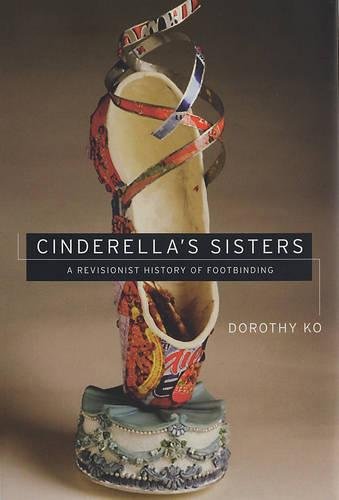 ""Slender, small, pointy, arched, fragrant, soft and straight."" This mantra, allegedly muttered in the early 20th century by a male professor amongst friends, is said to summarize the mystery of bound feet. Meanwhile, sexual fetishism, oppression and godless contrivance are said to characterize the reality. Ko distrusts both, however, in this dense and impressive social history, best read as an expanded sibling to her previous work, Every Step a Lotus: Shoes for Bound Feet. Readers are reminded that footbinding was ""central to the mechanisms of Chinese society and gender relations"" for roughly 1,000 years, and none of those years are adequately explained by ""envy, cruelty, violence, objectification"" and other accusations against the Chinese male. As a professor of history at Barnard College, Columbia University, Ko frets her contemporaries ""are accustomed to viewing footbinding only from an anti-footbinding perspective."" So she avoids those goggles, and reaches instead for the female perspective. Working backwards through time and drawing on women's diaries, poetry and material artifacts, she writes a complex history that respects the energy and self-esteem Chinese women invested in what, to outsiders, seems a senseless deformation. To be sure, Ko does not defend footbinding, nor does she make a case for cultural relativism; her concern is only to ""understand the powerful forces that made binding feet a conventional practice. "" By her own account, she fails (""the history of footbinding does not add up""). But aside from some fibrous jargon (""multiple tonalities,"" ""episteme of the functionalist body,"" ""ontological status""), Ko's peerless work will be relished by scholars and enjoyed by layreaders interested in Chinese history.
close
Details