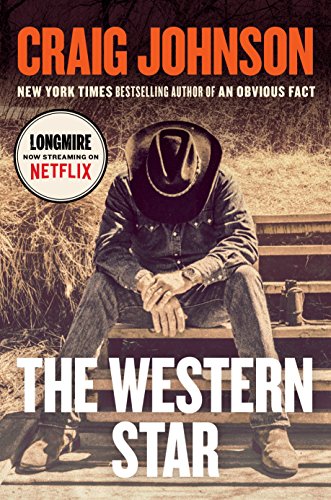 Bestseller Johnson pays homage to Agatha Christie in his cleverly plotted 13th Walt Longmire novel (after 2016’s An Obvious Fact), which takes place in both the past and the present. In 1972, Walt, an Absaroka County deputy and newly returned Vietnam War vet, joins his boss, Sheriff Lucian Connelly, for the Wyoming Sheriffs’ Association annual excursion across the state aboard the steam train Western Star. In Walt’s pocket is a copy of Christie’s Murder on the Orient Express. On the train, Walt attracts the attention of Kim LeClerc, the comely companion of Sheriff George McKay, who warns the deputy to stay away from her. Soon afterward, during a station stop, someone knocks Walt out just as he’s about to reboard the train. Walt hitches a ride to the next stop, where he learns that McKay has disappeared and another sheriff has been shot dead. In the present day, Walt is opposed to the release of a serial killer, who’s dying and has been imprisoned for decades, for a personal reason that will catch readers by surprise. Witty dialogue abounds; when Kim asks Walt if he killed many babies in Vietnam, he replies, “Hardly any, they’re small… Hard to hit.” And Johnson winds up the whodunit with a solution that Christie could never have imagined. 15-city author tour. Agent: Gail Hochman, Brandt & Hochman Literary Agents. (Sept.)

A previous version of this review displayed the wrong ISBN and jacket art for the book. This has been corrected.