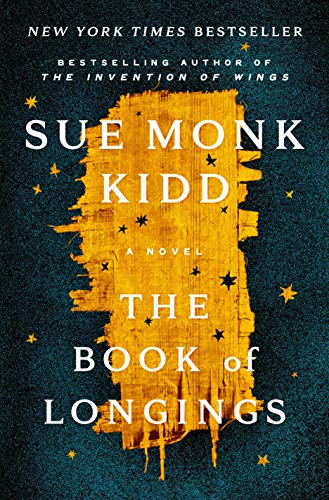 The Book of Longings

Reviewed by Norah Piehl The latest from Kidd (The Secret Life of Bees) proposes an audacious premise: Jesus of Nazareth was married, and his wife was a writer. In a richly imagined first-person narrative, Ana, the only daughter of Herod’s chief scribe, Matthias, tells of her origins as a writer and her life with Jesus. As a child in Sepphoris, Ana recounts, Matthias allowed her to pursue scholarly interests, and she was drawn toward documenting the stories of Biblical matriarchs (“Listening to the rabbis, one would’ve thought the only figures worth mentioning... were [men]. When I was finally able to read the Scriptures for myself, I discovered (behold!) there were women”). Once Ana turns 15, however, she is forced to hide away her parchments and scrolls and, despite her protests, her parents arrange for her betrothal to the much older Nathaniel ben Hananiah. Overcome with despair while meeting Nathaniel for the first time in a marketplace, she grows faint and falls. A young bearded man helps her up, causing her to feel an “odd smelting” in her thighs. After Nathaniel suddenly dies from an illness, Ana meets Jesus, the man from the marketplace, and the two bond over their status as outcasts—Ana as a “widow” and Jesus as a child of dubious parentage. In a particularly tender section filled with domestic details of their early marriage, Kidd imagines the young couple’s mutually supportive partnership even as Jesus’s call to ministry grows stronger. Kidd deemphasizes the New Testament’s telling of Jesus’s miraculous deeds and divinity, instead positioning his early faithfulness and ministry—not to mention events that will ultimately take his life—as essentially political in nature. Jesus’s grassroots gospel of radical acceptance and love is contrasted with the violent revolution espoused by Ana’s adopted brother, Judas, with the two resistance movements presented as competing alternatives to the repressive Roman power over Israel. Historic and biblical details are balanced by lively dialogue and debates between characters about matters of faith and action. Ana’s ambition and strong sense of justice make her a sympathetic character for modern readers, even if her rebellion against her parents may seem somewhat anachronistic for a woman of her time. Throughout the joys of her marriage and the trials of this long separation and its aftermath, Ana returns repeatedly to the hopeful words of her aunt and mentor, Yaltha: “Return to your longing. It will teach you everything.” In an afterword, Kidd offers insights into her research and makes the argument that Jesus’s marriage—despite later church assumptions and teachings—was not only possible but likely. In addition to providing a woman-centered version of New Testament events, Kidd’s novel is also a vibrant portrait of a woman striving to preserve and celebrate women’s stories—her own and countless others. (Apr.) Norah Piehl is the executive director of the Boston Book Festival.
close
Details