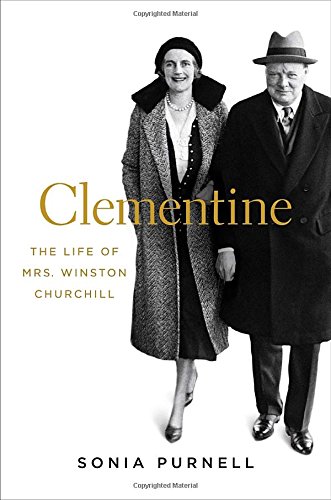 In this first fully researched biography of Clementine Churchill, British political reporter Purnell (Just Boris) reveals a smart, savvy, and independent-minded woman who disagreed with her husband on such political issues as women’s suffrage, and on personal matters such as “holidays, gambling, and even their own son.” Based on extensive interviews with three generations of the extended Churchill family, as well as archival work in Britain and the U.S., Purnell’s work aids readers in appreciating Clementine’s personality, her domestic life, and the political context that she and Winston lived in and helped to shape. While she spent much of her 57-year marriage apart from Winston, Clementine was fiercely loyal and immensely helpful to him, as shown through anecdotes featuring key figures with whom she and Winston interacted, especially during WWII. Purnell shows empathy for her subject, but she doesn’t spare criticism, particularly in portraying her as a distant, somewhat neglectful mother of the couple’s five children—all of whom led troubled lives, except their youngest daughter, Mary. This exemplary biography illustrates how Clementine’s intelligence, hard work, and perseverance in often difficult circumstances made her every bit a match for her remarkable, intimidating husband, and a fascinating figure in her own right. [em]Agent: Grainne Fox, Fletcher and Company. (Nov.) [/em]
close
Details