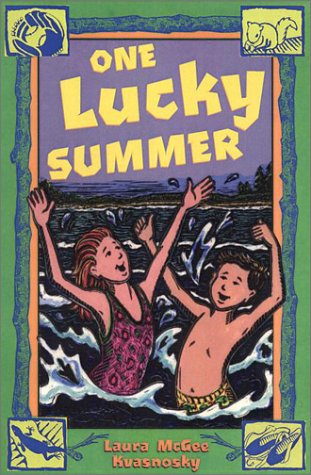 Kvasnosky, author of the Zelda and Ivy series, makes a solid debut as novelist with this credible story centering on two likable 10-year-olds. Steven, who narrates, has just moved with his family from seaside Santa Cruz to steamy Sacramento, leaving behind his best buddy and beloved baseball team. He also misses his daily sessions playing catch with his father, a photographer on assignment in Peru. And his next-door-neighbor Lucinda, a standoffish aspiring ballerina, doesn't make things much easier. Steven's only diversion is training his pet lizard to come to him when he plays the harmonica. But when Lucinda's mother invites Steven and his mother to spend a week at a lakeside cabin, the kids' relationship takes a gradual, gratifying turn. The author slowly builds their tenuous connection, planting seeds in earlier chapters. By the time they are brought together by an orphaned baby flying squirrel, readers will feel that the friendship was meant to be. When Steven reluctantly sets his restless lizard free, his wise observation seems to apply to the larger events of his life as well: "Sometimes you have to give up one thing to make room for another." This tightly written, affecting tale about adjustment and friendship should find an appreciative audience among readers of both genders. Ages 8-11.