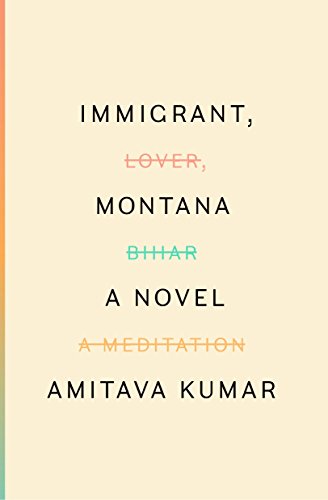 The plot of Kumar’s droll and exhilarating second novel (following Nobody Does the Right Thing) may feel familiar at first, but this coming-of-age-in-the-city story is bolstered by the author’s captivating prose, which keeps it consistently surprising and hilarious. Indian immigrant Kailash arrives in New York in 1990 wide-eyed but also wry, self-aware, and intellectually thirsty. Kailash lives uptown and attends college, and soon has his first sexual experience, with the socially conscious Jennifer, a coworker at the bookstore where he works, who brings him hummus and takes him ice skating. After he and Jennifer break up, he begins to date the mischievous Nina, followed by a series of other young women; the novel’s seven parts are titled after Kailash’s romantic partners, his formal education intertwined with his personal education. Nina takes Kailash to Montana, where his memories of lovemaking are tangled with snippets of Victor Hugo, Wittgenstein, and the history of British colonialism in India. After several peregrinations, explorations, and women, Kailash lands back in Manhattan with a similarly academically curious woman named Cai Yan, who is also from India. Ultimately, his journey is more intellectual than physical, and the book includes a plethora of lively literary and cultural references in footnotes, sidebars, and illustrations. This novel is an inventive delight, perfectly pitched to omnivorous readers. 50,000-copy announced first printing. (July)
close
Details