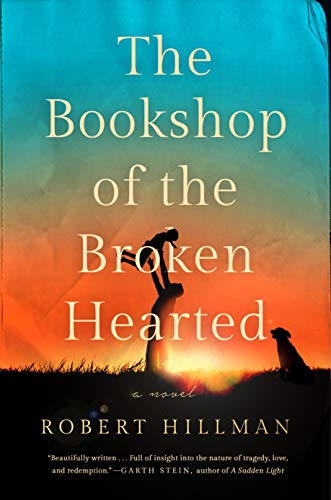 The Bookshop of the Broken Hearted

Hillman (The Boy in the Green Suit) offers an uplifting exploration of how people rise above tragedy to find joy. It’s 1968 in an Australian backwater town, and Tom Hope’s wife, Trudy, has disappeared, only to return a year later, pregnant with another man’s child. Tom grows to love the boy, Peter, but then Trudy abandons both when Peter is almost three, returning two years later to take her son from Tom and, shortly thereafter, send him divorce papers. After Hannah Babel—who survived Auschwitz but lost her entire family, including her husband and young son, to the concentration camps—comes to town, she hires Tom to fix up the bookstore she’s set on running, and the two of them—he, a calm workman, she an older, feisty intellectual—each with their separate anguish, find common ground and marry. Then Peter, still a child, reappears in Tom’s life, forcing Hannah to question whether she could allow herself to love another child, and Tom to potentially have to choose between his marriage and his love for the boy he considers a son. Hillman’s novel is an impressive, riveting tale of how two disparate and well-drawn people recover from soul-wrenching grief and allow themselves to truly love again. Agent: David Forrer, InkWell Management. (Apr.)
close
Details