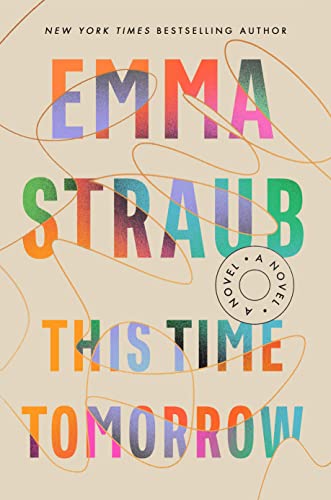 Straub (All Adults Here) offers a delightful take on time travel involving a woman and her famous father. As it opens, Alice Stern, a week shy of 40, is visiting her gravely ill father, Leonard, author of a bestselling time-travel novel, in the hospital. Her parents divorced when she was six, and she has remained extremely close to her father ever since. She lives alone in the Brooklyn apartment she’s had since she was 25, dates a guy named Matt, and works in the admissions office at the prestigious high school she attended. When she hears about former classmate Tommy Joffey’s son applying to the school, she remembers how they were close until he had sex with another girl at Alice’s 16th birthday party. Then Matt proposes, and she breaks up with him. After a big night of drinks on her birthday, she sleeps in the guardhouse on her father’s property. When she wakes up, it’s her 16th birthday in 1996. As a 40-year-old presenting as a teen, she sets out to reverse her father’s fate as well as change what happens with Tommy. She also learns Leonard can time-travel, too, a twist that Straub skillfully exploits without letting things get confusing, and which enriches the impact of love and loss on the characters. Readers will be captivated. Agent: Claudia Ballard, WME. (May)

Correction: An earlier version of this review misstated where the character Matt worked.