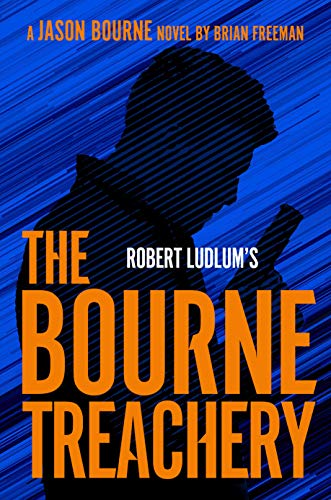 Thriller Award winner Freeman’s worthy sequel to 2020’s The Bourne Evolution finds Bourne, “the man with no memory and no past,” and love interest Nova, his partner in the Treadstone spy organization, in Tallinn, Estonia, on a doomed mission to rescue a U.S. double agent, Grigori Kotov. As they escort Kotov through the streets of Tallinn, Bourne hears a Beatles song from a distant radio. During a subsequent clash with FSB agents, Bourne hears one of the Russians say the name Lenin. In fact, he was referring to Lennon, as in John Lennon. Three years later, Nova has died in a mass shooting in Las Vegas, Nev., and Bourne is in London, where he’s trying to prevent a mysterious world-class assassin known as Lennon, who has a lethal girlfriend code-named Yoko, from killing a Russian ecoterrorist out to strike a blow against Russian oligarchs. Freeman supplies plenty of exciting fight scenes and plot twists, but his convincing use of Bourne’s fraught backstory is what distinguishes this entry. Series fans will look forward to more contributions to the Bourne franchise from this talented author. Agent: Sloan Harris, ICM Partners. (July)
close
Details